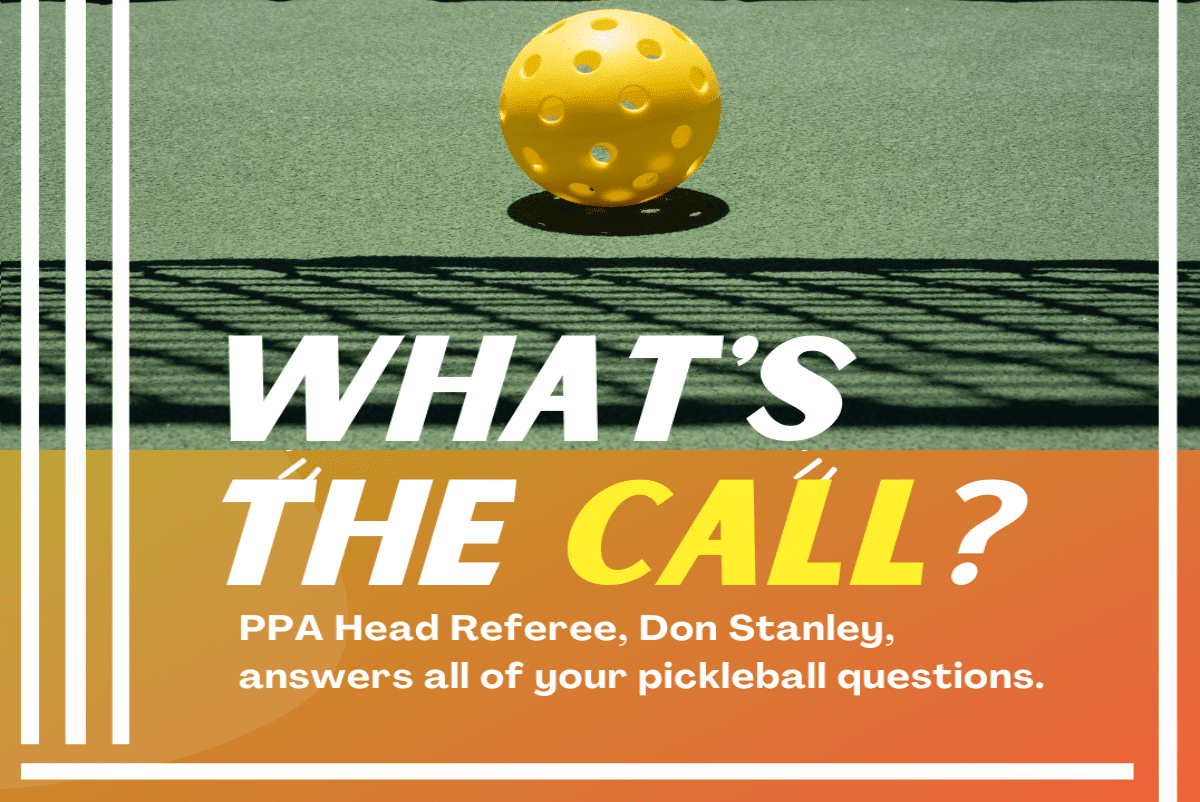 By Hannah JohnsJanuary 3, 2021No Comments

We want to hear from you! Send your pickleball questions, comments, and concerns to [email protected] for the chance to get featured in one of our monthly newsletters!

A few weeks ago, I was playing a doubles match in one of my community’s Round Robins. I hit a hard ball down the line and my opponent attempted to jump the kitchen line and hit an erne. He missed the ball completely, however, and my shot hit him directly in the chest. The ball bounced off his chest and returned back over the net, landed on our side of the court. It bounced twice, and my opponent claimed that the point was his. I argued that the ball has to be propelled by the paddle or the arm, not the body. Who was right?

Bill, thank you for your question. Since we are in the last month of the year, I will give you the 2020 and 2021 rule answer with the appropriate rule numbers. Thankfully, the impact of the rules for both years is the same, and here is the key: The instant your shot hit the opponent in the chest, it was a dead ball and you won the rally. The 2020 rules that are applicable to this sit upon are 7.H and 8.B.  Rule 7.H details that a live ball that hits a player’s body (other than the paddle hand below the wrist) is a fault. Couple that with rule 8.B that states a fault will result in a dead ball, and now you have a complete answer to your question: The rally was immediately dead (8.B) when the ball contacted your opponent in the chest (7.H). Your team has won the rally. The applicable rules in 2021 will be the same as 2020: 7.H and 8.B. Hope to see you on court soon.

I was playing mixed doubles in a very close rec match. We were down 11-10-2 on our opponents’ serve. I hit a deep return that was clearly in, but my opponent, who was on the other side of the court, called it out. I immediately contested and appealed to his female partner, who had been right on top of the ball and saw it clearly. She said her partner called the ball out and she didn’t need to give her own call, regardless of whether she saw it in or out. I told her both partners should agree and give a joint call of some sort – is this true? I also want to know whether it is good etiquette to agree with your partner’s call even if you didn’t see it? Or if you saw the ball in, should you overrule your partner or stay silent? Sorry for the multiple questions and thank you!

Rose, thank you for your submission. This is a good question that (unfortunately) goes beyond the rulebook; however, let’s start with that to begin this “journey.” First, whether you have a referee or not, players make the line calls on their side of the net (assuming no line judges are used). So your opponents are tasked with the responsibility and authority to make these decisions. So we have an initial “out” call by one opponent. That call will stand unless some additional actions happen. The opponents could ask your team for your opinion. If you gave them a clear “in” or “out” call, then they would have to accept your decision. The premise is that when they ask for your opinion, they “give up” their right to make any further decision regarding the outcome. But, they did not ask for your opinion so that option is out. If your opponent’s partner made a clear “in” call which opposed the original “out” call, then by rule 6.D.9, they have “created doubt,” and the result is that the ball is now considered “in.” Again, the point being that they are responsible for making a “clear call,” and when they disagree with each other, we can no longer have 100% faith that they made the correct decision. This is where the rulebook ends. To your question if both partners should agree; that is not stated in the rules that both teammates must agree. The rules only give us direction on what to do if we have a complete contradiction by the partners. Now to your last question about etiquette. I have seen players take specific sides on this issue, but for me, I believe that the integrity of a player would dictate their actions in a situation like this one. The only opinion I can give on this part is that, for me, if I saw it clearly “in,” I would make the contradicting “in” call, and we would have lost the rally. I do think that pickleball karma comes back around to everyone eventually. Thanks again for the question, and I hope to see you on a court soon.

I have an on-and-off-again partner who bounces the ball repeatedly on his paddle (about 5-6 times) before each serve. It sort of resembles a chef flipping pancakes on a griddle. On one of the bounces, he lets the ball drop down to near his waist and hits his serve before it touches the ground. Even though the serve seems legal in terms of where he is hitting it, our opponents are often confused about which bounce he is going to hit his actual serve off of. He argues that players often bounce the ball against the ground using their paddles before they serve, so why can’t he bounce the ball in the air instead? Please advise!

Mary Lou, wow, what a great question that also happens to bring up a sticky nuance of one of pickleball’s rules. I will quote some rules on this one, but in the end, I will invoke the application of “common sense” which is an option detailed in the referee handbook. Okay, here we go. Many times we see players bouncing the ball on their paddle (or on the edge of their paddle) up until the point when they start their serve. MOST of the time, they stop their bouncing and start their “normal routine” of holding the ball and starting their service motion and eventually serving. In this normal process of serving, I don’t believe anyone has a problem with the bouncing of the ball before they started their “normal serve routine.” Technically though, by the rules, what they are doing is a fault based on 2 rules. First, the ball is “live” when the referee starts to call the score. If the ball is live, and they begin to bounce the ball on their paddle, then according to rule 11.A. (double hits), they are technically committing a fault. So here is where the common sense from the referee comes into play. If a player is doing the “normal bouncing” before they start their “normal routine”, every referee (and opponent for that matter) I know does not have a problem with the bouncing. BUT, if it is determined that the server is doing this to be “sneaky” and try to trick the receiver into not knowing when the serve is coming, I could see a referee making the decision to either call a fault (rule 11.A) or possibly give a technical warning for unsportsmanlike conduct. LET ME STATE CLEARLY that these are extreme circumstances for a referee to take, but they are an option that the referee has to try and stop the “trickery” that they may judge to be happening. This is a complex minefield to navigate as a referee, and I would hope it would never come to this in a real match. Thank you for the “uncomfortable” question, but it is a good one!  Take care, and I hope to see you on the courts soon. (But please don’t do this bouncing trick, okay?)

Stay Out of the Kitchen 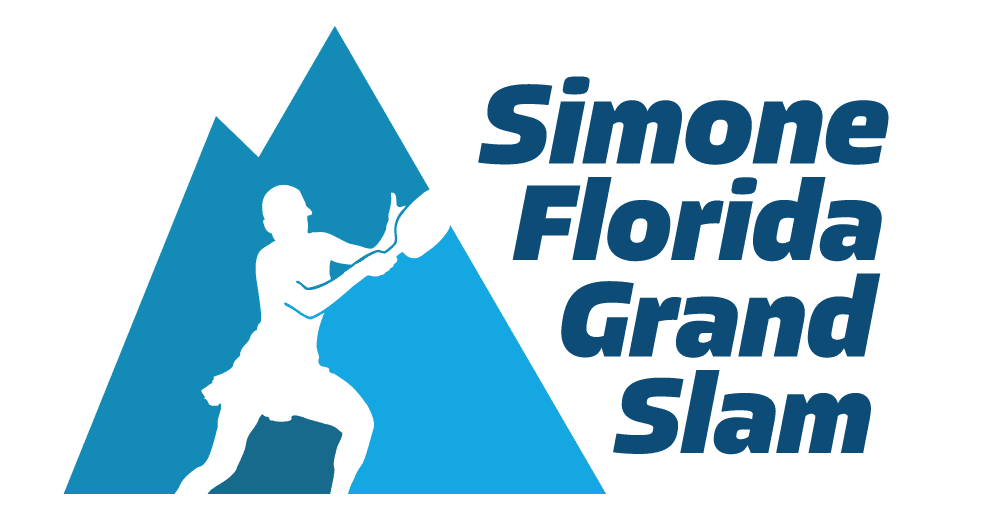