Trio of Titles at the Peachtree Classic 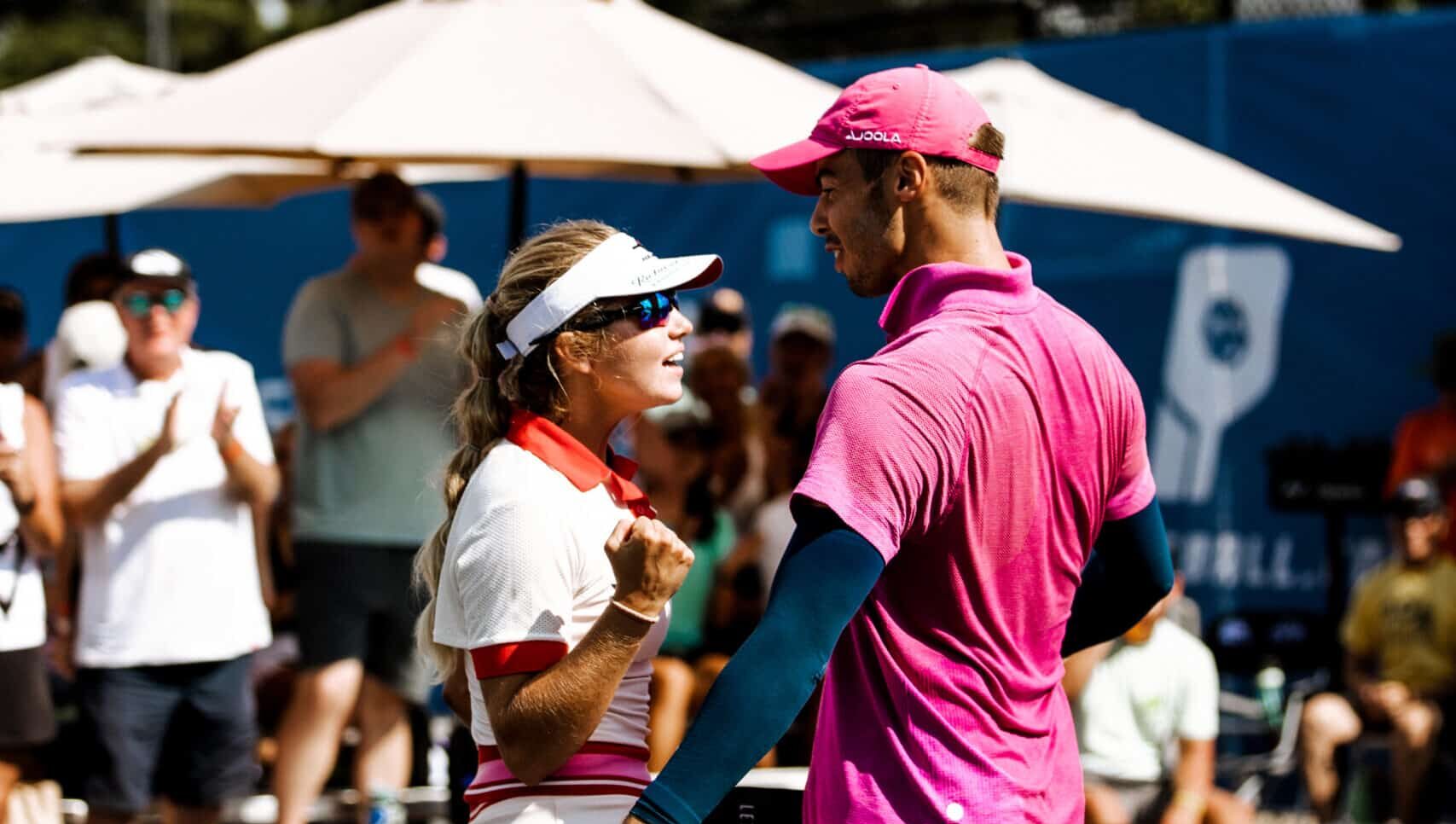 After his partner made it through 13 games and more than six hours of play on a full Sunday of matches, Ben Johns couldn’t do anything but give credit to Anna Leigh Waters.

After the pair earned the mixed doubles title at the Peachtree Classic, Johns joined in with the crowd, leading a hearty cheer for the best women’s pickleball player in the world.

She deserved it, too.

Waters swept her way to a trio of titles in Peachtree City, Ga., first winning the singles title over Callie Smith, then teaming with her mom Leigh to win the doubles title over Jessie Irvine and Anna Bright and finally pairing with Johns for a victory over Riley Newman and Catherine Parenteau.

“I’m thankful for Ben and my mom for pulling me through today,” Anna Leigh Waters said. “It was a grind, but I’m happy and so glad with what happened. It was a lot of fun.”

That’s a lot of games.

“You just let Baby Waters be Baby Waters,” Johns said in their interview together after winning the title. “Incredible for her third match of the day. The energy and the way she plays is truly impressive. So, congrats on the Triple Crown.”

Waters and Waters lost to Bright and Irvine a week ago in the semifinals in Cincinnati and found themselves trailing 2-1 heading into the fourth game Sunday. They rallied for a 11-2 win in game four and then, when tied at 5-5 in game five, ripped off six points in a row to win.

“I’m just so proud of her and for the person she is,” Leigh Waters said. “She’s a great role model and so humble. It’s a treat for me, win or lose, to be her mom.”

And while Anna Leigh Waters won three titles Sunday, Johns was close behind. He paired with his brother Collin to earn the men’s title, making it a double victory Sunday for Ben.

“With those guys they bring the physical and also the mental side of the game,” Collin Johns said. “But we always believe we can win, no matter how far down we are.”

Earlier this season against the same pairing, the Johns brothers came back from a 9-0 deficit to win. Sunday in Peachtree, the brothers were down 1-10 in game one before they began a wild rally that brought them all the way back to win game one 12-10.

“Most people don’t see CJ fired up like that,” Johns said of his brother. “I was glad to see him get pumped and play like he did. It was awesome.”

Said Colin, “I’m just lucky to have a partner as good as Ben. I played as bad as I can play early on, and he picked me up and showed why he’s the undisputed No. 1.”

Meanwhile, in the only match of the day that didn’t include a Johns or a Waters, JW Johnson earned the men’s singles title with an 11-8, 7-11, 11-0, 11-7 win over Julian Arnold in a contrast of personalities. Johnson is poker-faced and quiet, Arnold is emotional and extremely energized.

“Part of it was lucky, probably,” said Johnson of his 11-0, game-four win. “My passing shots were on that game. I definitely like it when he gets fired up. It makes it a lot of fun.”

After back-to-back tournaments, the PPA Tour now has a short break until Oct. 5 when it heads to Las Vegas for the Guaranteed Rate Championships.