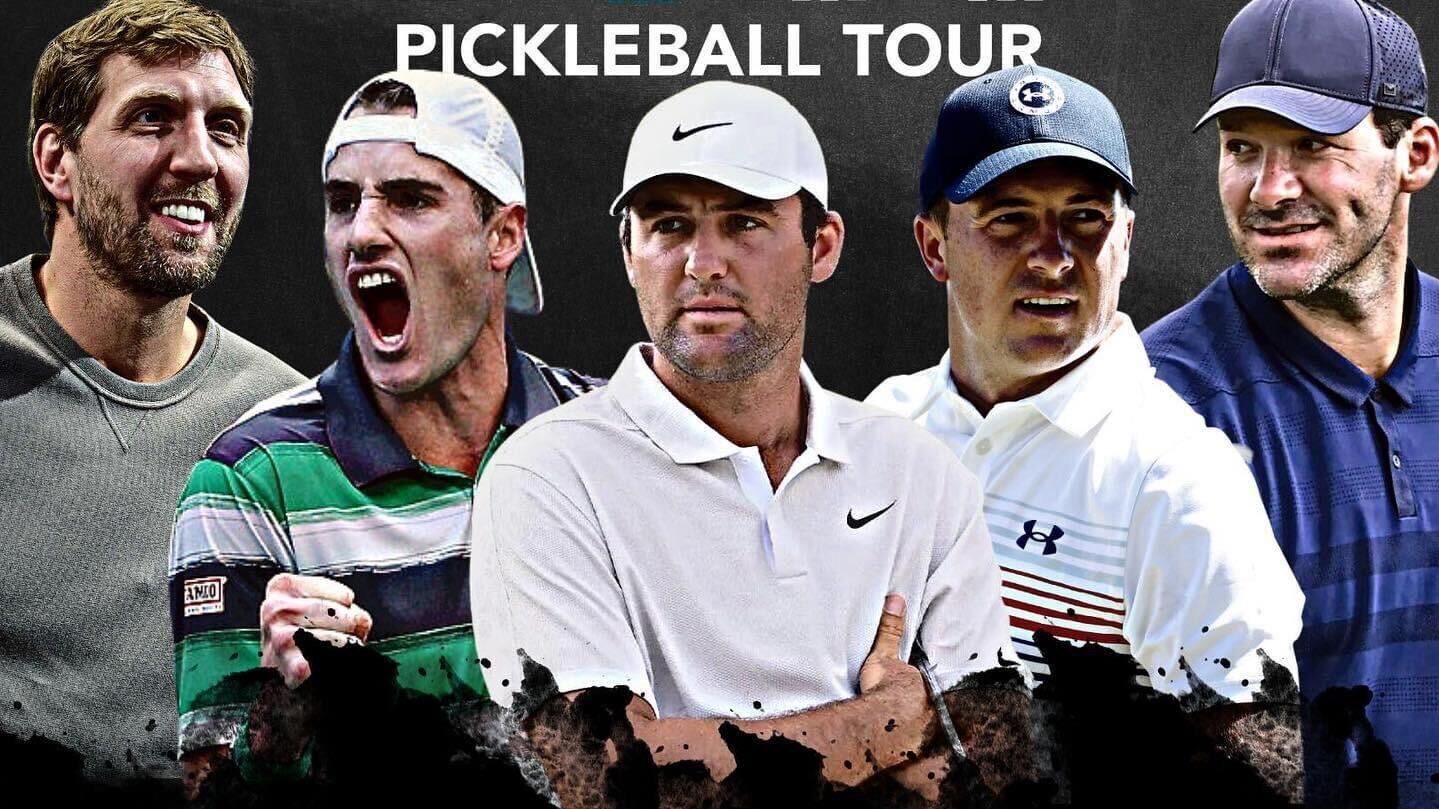 We know Scottie Scheffler can whack a golf ball, but can he hit a backhand?

We know John Isner can smash a serve, but can he do it underhanded?

We certainly know Dirk Nowitzki can dunk, but can he dink?

And we know Jordan Spieth has a great short game, but how’s his soft game?

Not to mention our questions about Tony Romo, who, rumor has it, will also try his hand at some pickleball this Thursday night, as well as commentate on the action from the announcers booth.

Well, we’re getting ready to find out, as the PPA Tour plays host to a fun night of some of the world’s best sports stars battling it out alongside some of the PPA’s best players on the pickleball court in Frisco, Texas.

The Dick’s Sporting Goods Celebrity Battle runs from 7:00-8:00 p.m. CST, on Oct. 13 at Life Time Frisco and can also be watched via Tennis Channel and PPA TV. The event will kick off four days of play at the PPA Tour Round-Up where amateurs will compete in different skill levels and pros will compete for ranking points and a $120,000 payout.

The celebrities set to take the court are hometown favorites, as all reside in the Dallas area, and each one has been listed on “best of all time” lists within their respective sports.

Scheffler is the current #1 men’s player on the PGA TOUR as of this year. He captured four PGA TOUR titles in a span of only six starts in 2022, including a major championship title. He also earned $14,046,910 in official prize money alone, becoming the first player in PGA TOUR history to surpass $14 million in winnings during a single season.

Isner, who was known for his big serve on the ATP Tour, reached as high as No. 8 in the world in singles play. His serve of 157.2 mph in the 2016 Davis Cup was the fastest serve by any ATP player in history. He also has the most aces in the history of the ATP. But even at 6-foot-10, Isner won’t be the tallest player at this exhibition.

Nowitzki, at 7-feet tall, is considered to be one of the best power forwards in basketball of all time. He played 21 seasons for the Dallas Mavericks, winning a championship in 2011, and is the highest-scoring foreign-born player in NBA History. He finished his career as the sixth-leading scorer of all time.

Spieth, who, like Scheffler, currently plays on the PGA Tour, is a former No. 1 player in the world and is a three-time Major winner, incuding titles at the Masters, the British Open and the U.S. Open. He has 13 PGA Tour wins, has finished in the top three at The Masters five times and played in four Ryder Cups.

Romo played 14 seasons for the Dallas Cowboys and now works as an analyst for the NFL. Undrafted out of college in 2003, Romo was the Cowboys starter from 2006-2015, going 78-49. He made the Pro Bowl four times and is the franchise leader in passing yards and passing touchdowns.

The PPA Tour pros who will take the court alongside their celebrity partners are as follows:

The teams will compete in multiple doubles matchups that incorporate play with both their male and female partner. The event will finish with the top two teams going head-to-head!