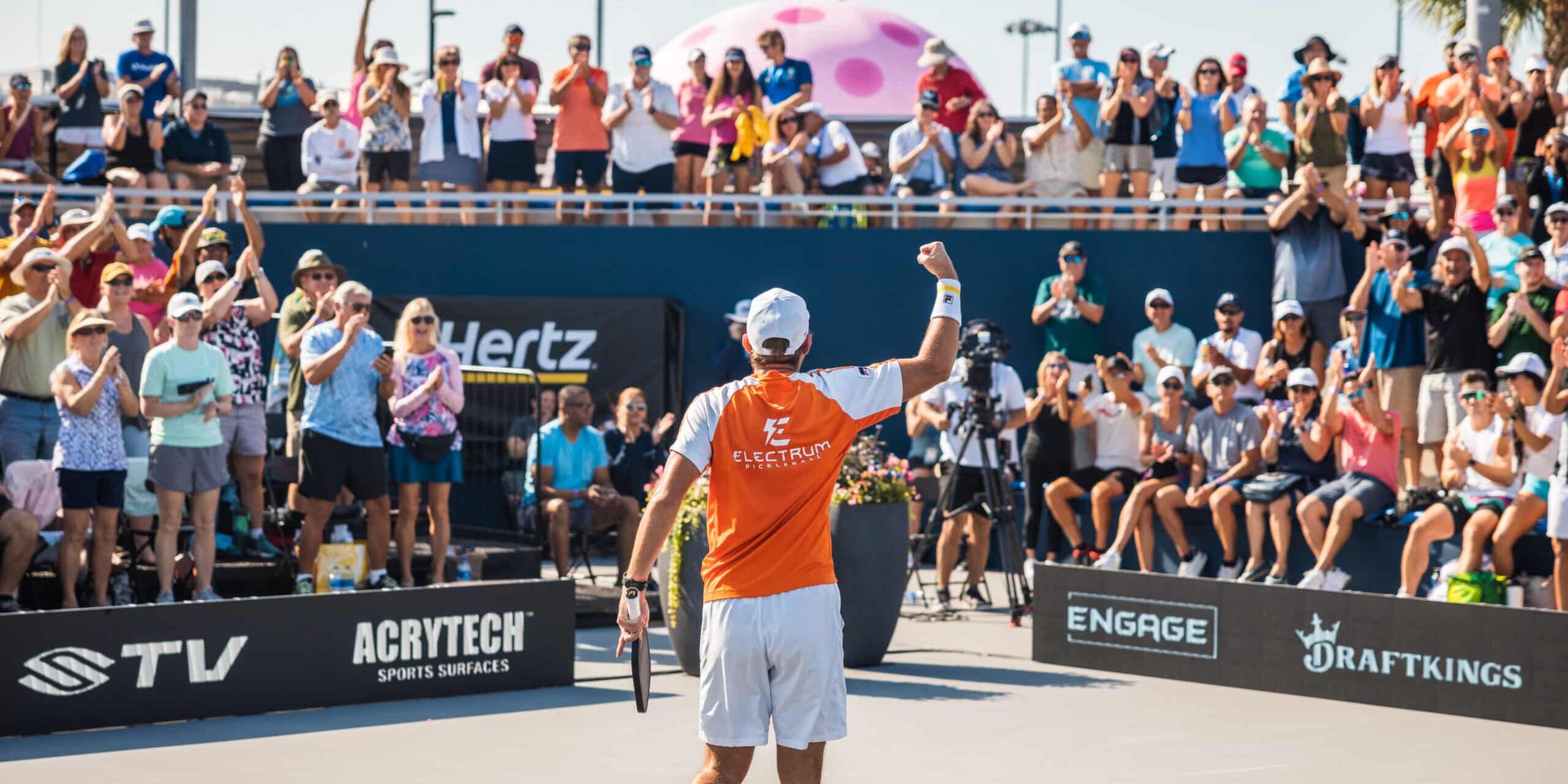 SALT LAKE CITY, Jan. 18, 2023 –The Carvana PPA Tour today announced its 2023 tournament schedule and prize payouts. The 2023 tour will boast the largest professional pickleball single-season prize money purse of $5.5 million and be the first professional tour to host 25 events in a single-season.

The Carvana PPA Tour will set a professional pickleball record with an initial player payout floor of $5.5 million, with additional payouts to be determined throughout the season. The $5.5 million is an 83.3% payout increase over the $3 million the organization distributed in 2022. On average in 2022, PPA Touring Pros earned $96,000 from tour payouts alone, with top athletes taking home upwards of $200,000. With the 2023 season’s prize purse increase, the Carvana PPA Tour anticipates average player earnings to increase by 63.9% in 2023.

“We are so excited to introduce our 2023 pro roster and payouts as we focus on getting bigger and better each year and solidifying the Carvana PPA Tour as the place for all things pickleball.” said PPA Commissioner and CEO, Connor Pardoe. “This is a huge step for us and is only the beginning for the Tour as we set our sights on larger events, higher prize purses, enhanced player development, and much more. It’s an exciting time for professional pickleball and the ever-evolving landscape.”

The Carvana PPA Tour will feature more than 60 top touring pros playing exclusively on the PPA circuit. The Tour has 24 top-ranked players from 2022 returning, including the No.1 male and female players, Johns and Waters. The 2023 PPA Tour roster has been strengthened with the addition of 37 top professional players, including Anna Bright, Vivienne David, Dekel Bar, Zane Navratil, and many more.

The PPA Tour is the only pickleball entity that has national broadcast rights for its tour stops across a variety of networks. Week in and week out, fans of the game will have the chance to see world-class pickleball nationally on ABC, CBS, FOX, ESPN and on specialty networks like Tennis Channel and Fanduel TV. In 2022, the Carvana PPA Tour made history by being the first and only professional pickleball tour to air on a national TV network.

Over the last two years, the PPA Tour has joined forces with premium brands and companies across the country to establish a robust lineup of partners. The organization has signed multiple exclusive category deals with brands including Carvana, Molson Coors’ Vizzy Hard Seltzer, FILA, OGIO, Holland America, and Baird, among others. Carvana became the PPA’s official Tour Title Sponsor in 2023, renaming the professional tour to the ‘Carvana PPA Tour.’

About Carvana PPA Tour:
The Carvana PPA Tour is the professional tour of pickleball, organizing events and rankings for the top male and female pickleball players worldwide and awarding more than $5.5 million in annual prize money with equal play and pay. The Carvana PPA Tour is set to host 25 events in 2023 at world-class facilities like the Lindner Family Tennis Center in Cincinnati, Mission Hills Country Club in California, and the Darling Tennis Center and Mandalay Bay in Las Vegas. Inviting all to compete and “play where the pros play,” the Carvana PPA Tour offers amateur divisions of play for every level, unparalleled experiences for fans and spectators, gorgeous venues, pro player meet-and-greets, food/beverages, live entertainment, VIP upgrades, giveaways and games, shopping, vendors and more. Founded in 2018 and based in Salt Lake City, the Carvana PPA Tour is owned and operated by parent corporation, Pickleball.com. For more information, go to www.ppatour.com. See Pro Player Profiles and follow us on social Twitter Instagram YouTube Facebook LinkedIn.