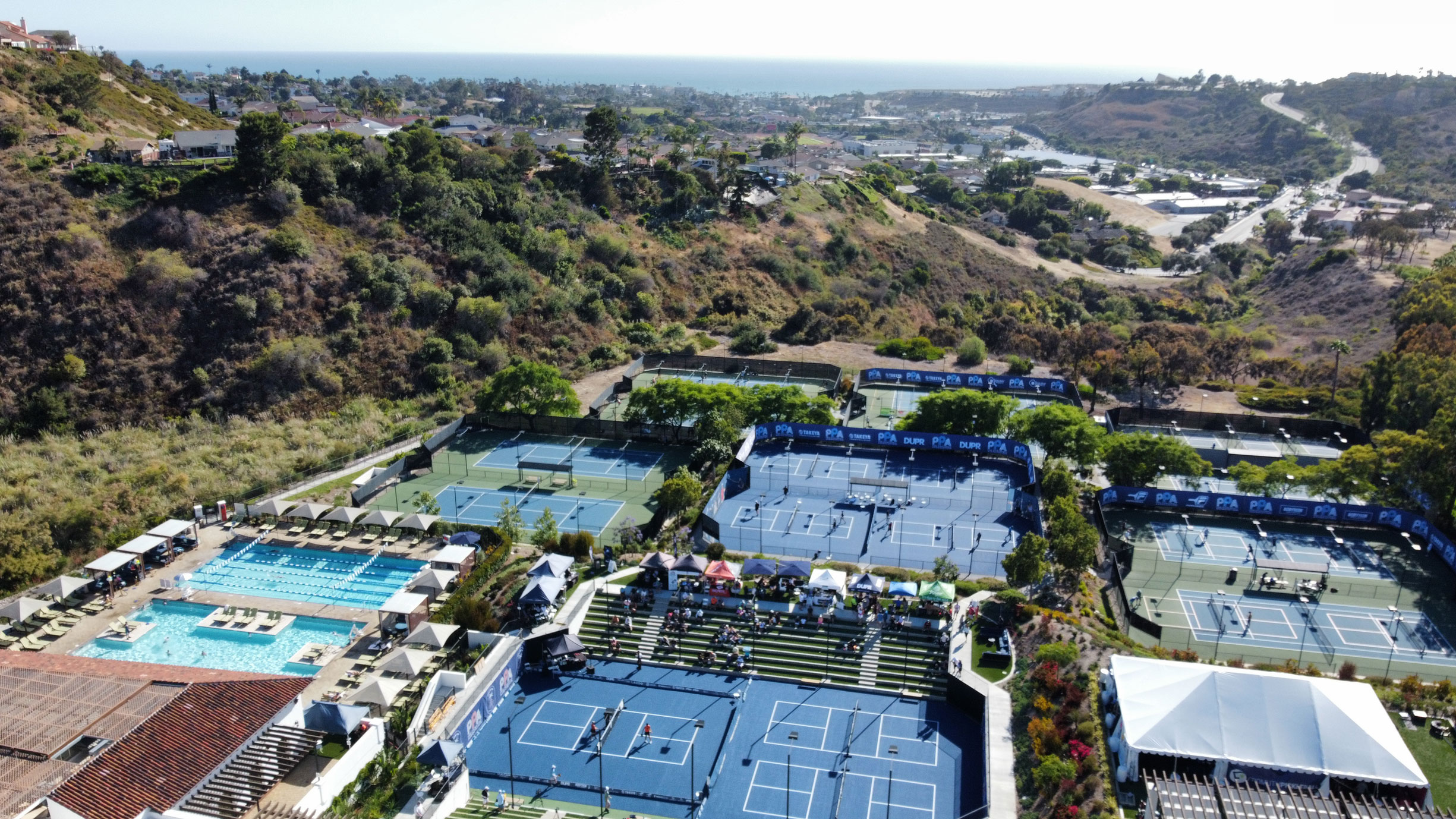 The path to the championship matchup was full of exciting matches that rewarded the large fan base at the Lifetime Fitness Rancho San Clemente venue.

Top Half of the Bracket

Jessie Irvine and Jeffrey Warnick lost their first game against Vivienne David and DJ Young before rebounding to win 5-11, 11-6, 11-6.

Leigh Waters and Dekel Bar had an early upset over Catherine Parenteau and Morgan Evans 11-2, 11-3. Waters/Bar kept the momentum for another upset in the quarterfinals as they ended Jessie Irvine and Jeffrey Warnick’s hopes of Championship Sunday 12-10, 8-11, 11-6.

Yana Grenchkina and Collin Johns didn’t balk at their tough draw as they strung together a couple of upsets beating Irina Tereschenko and Callan Dawson and then taking down Christine McGrath and Tyler Loong. Grenchkina/Johns ultimately fell to the predictable Lucy Kovalova and Matt Wright.

Kovalova/Wright had to shake off the early morning sea fog in a tough match against Lea Jansen and Rob Nunnery. Jansen/Nunnery took game two but fell 4-11, 11-6, 4-11. Matt and Lucy faced little resistance on their path to Championship Sunday after the Jansen/Nunnery match.

The most entertaining match was Waters and Bar meeting Matt and Lucy in the semifinals. The match was relatively straightforward as Matt and Lucy won 11-1, 11-7; however, there were enough “Let’s Go” and “Com’on” yells between some great points to keep the crowd entertained. The feud continued after the match, which might usher in a new rivalry in the sport.

Bottom Half of the Bracket

Ben Johns and Simone Jardim were the overall top seed of the draw and only gave up 12 points before their tough semifinal match.

Corinne Carr and Jay Devilliers came up with an early morning upset over Callie Smith and Tyson McGuffin in a match 11-3, 10-12, 11-6 to set up a matchup against Riley Newman and Lindsay Newman. The Newmans had to fight through Anna Leigh Waters and Kyle Yates as Anna Leigh drew big crowds.

The Newman/Newman wins set up the best match of the day for the bottom half semifinal against Jardim/Johns. The Newmans looked poised to unseat Jardim/Johns at multiple points in the match as they forced Ben and Simone to make a few uncharacteristic mistakes. Ben and Simone ultimately did what they do best and won 12-10, 11-9 as they punched their ticket to Championship Sunday.

Saturday evening’s Mixed Doubles championship will feature Jardim/Johns vs. Kovalova/Wright at 5:30 pm PT. A familiar matchup with a finish that Matt and Lucy surely want to rewrite.

Riley Newman and Lindsay Newman took down Anna Leigh Waters and Kyle Yates to take home the bronze medal, but it looked like they are close to breaking up the traditional mixed doubles final matchup soon.

Tune in tomorrow as M/W Doubles Pro starts at 8:00 am and the live stream kicking off at 1:00 pm PT.