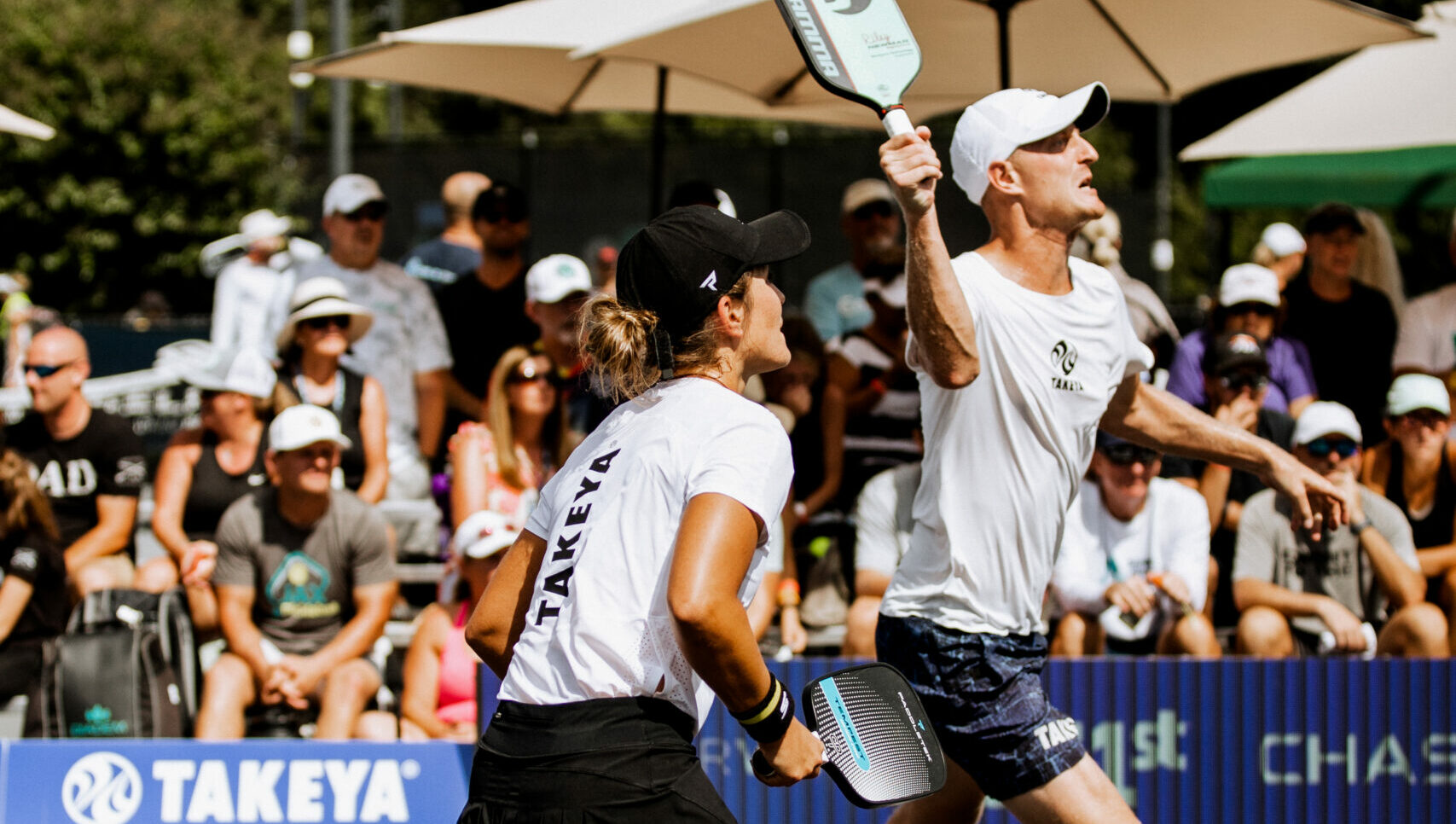 He was busy. Busy playing baseball. Well, kind of.

Newman, along with friends and family, got to throw out the first pitch at the Seattle Mariners home game, in his hometown state of Washington. It was a great moment for Newman, who grew up a big Mariners fan, and a great moment for pickleball, too, as the sport continues to get more and more publicity.

So, anyway, Newman missed out in Cincinnati, but didn’t miss on the pitch.

“It wasn’t the hardest pitch ever,” Newman said. “But it was a strike right down the middle.”

Consistent last week while wearing a Mariners jersey and consistent Friday at the PPA’s Tour Peachtree Classic in Peachtree City, Ga. He might not be throwing the hardest fastball on the diamond, but Newman brings the firepower on the pickleball court.

“We were solid all day long and and no matter who we’re playing against that means letting Riley be Riley,” said Newman’s partner Catherine Parenteau.

It worked. Riley and Newman made their way to Championship Sunday with a 11-2, 11-5 victory against seventh-seeded Spencer Smith and Allyce Jones. Smith and Jones earned the upset of the tournament, beating second-seeded Lucy Kovalova and Matt Wright in the quarterfinals, 11-9, 11-13, 11-9.

“Catherine was solid all day long and I was just trying to be ultra-aggressive,” Newman said. “Just happy to be back playing and in the championship.”

“It was similar to last week, and when you’re feeling good, you don’t want to change too much,” Johns said. “The emphasis is on them to change things.”

Irvine and Devilliers rallied to win third place Friday, earning them a spot on the medal stand for the second week in a row. They topped the eighth-seeded team of AJ Koller and Callie Smith, 11-2, 11-5. Smith and Koller lost in the winner’s bracket to Waters and Johns, but then went on to win three matches in a row in the back-draw before losing in the medal match.

Today is men’s and women’s doubles at the Peachtree Classic. Tennis Channel will take over the broadcast starting at 4 p.m. EST. Catch all the action leading up to the Tennis Channel’s airing on the PPA’s YouTube channel: www.youtube.com/c/PPAtour.