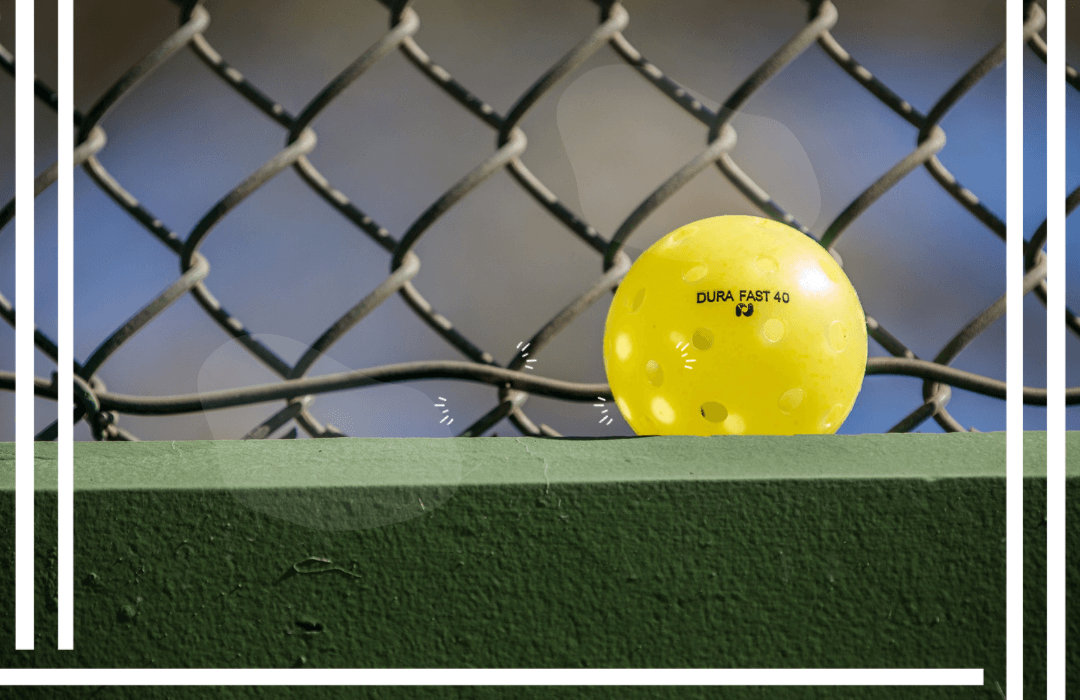 The PPA Tour’s Head Referee, Don Stanley, answers all of your pickleball questions! Send your latest on-court debate to [email protected] for the chance to get featured in one of our monthly newsletters!

I was playing a doubles rec game recently, and my paddle grip snapped off of the head while I was hitting the ball. The ball went over, but my opponent returned it past me for a winner since I didn’t have a paddle to defend with. Can I call a let on this because of either the distraction or my inability to play? And, hypothetically, if I had picked up the paddle head fast enough and continued playing with it, would that have been legal?

David,
Thanks for the question and bringing up several good questions. First, things like paddles breaking, hats flying off, sunglasses falling off, etc., happen every now and then. Normally, you just keep on playing unless any of these items happen to touch the NVZ as a result of a volley swing (not the case in your question, I’m assuming). So, in answer to your first question about calling a “let:” a hindrance is basically an “outside influence” that “comes into your court” during a rally – i.e., a ball from another court or a player walking across our court. Since the handle breaking was associated with you, the player, it does not qualify for a hindrance replay. It also does not qualify for a distraction fault because, to claim a distraction fault, there would have to have been some action committed by your opponent at the time when you were about to play the ball. Effectively, you can’t “distract” yourself. As to your second question, YES, you could have picked up the paddle (or whatever pieces you could) and continued to play as long as you were hitting the ball with your paddle or your paddle hand below the wrist. This would be a legal continuation of the rally. Hope this helps in the future and hope to see you on the courts!
-Don

My partner has been arguing with me about this and I want to know who is right. She says that if a player hits the ball out of the air and finishes the point before falling into the kitchen, he/she wins the point. And in the same scenario, what if you take 2 or more steps outside of the kitchen before falling in?

Sara, thank you for writing in and… here we go! To your first question, we are basically talking about the much discussed issue of “when does momentum (from a volley) end?” It is a judgment call by a referee as to when momentum ends and the player has regained “bodily control.” If we look at the (pickleball) definition for momentum (Rule 3.A.20), the important phrase about when momentum ends is “. . . when the player regains balance and control of their motion . . .”  There is another foundation concerning momentum that says it has no written or specified time limit. Meaning, momentum could technically last… forever. What this means is that while the player is “still regaining bodily control,” if the opponent commits a fault (including not returning the player’s winning shot), this MAY be negated by the volleyer when they touch the NVZ.

Let me explain with a scenario: you volley at the NVZ and your arms are moving in a windmill motion trying to prevent yourself from going into the NVZ. So, while you are windmilling, I return your shot, but my shot goes long and bounces out of bounds. THEN, you finally lose your balance and touch the non volley zone. So what we do in this situation is “see who committed the fault FIRST.”  An important aspect of NVZ/momentum faults is there are 2 parts to the fault being committed: first is the actual volley by a player (that carries him/her into the NVZ) and second is the actual touching of the zone. So since an NVZ fault has 2 parts, we look to see when the “first” part was committed; which means we have to “back the tape up” when comparing an issue when both teams have committed a fault. So in my scenario, your volley (which ended with you touching the zone and committing a fault) actually happened BEFORE my shot landed out of bounds. So, even though we both faulted, you committed your fault before I committed mine.

I hope this long explanation firmly establishes the rules on momentum and NVZ faults. These calls can be a bit tricky because they don’t have a time limit attached to them. As far as “taking 2 or more steps” before touching the NVZ, again, this would be a judgement call by the referee to determine if the player was under full body control before touching the zone. In most cases, the referee will probably call a fault, no matter how many steps are taken because, without a visible stopping point by the player, the steps taken into the NVZ do appear to be associated with the volley’s momentum. Stopping of bodily motion is a GREAT indicator to a referee that the player has regained their control and that any subsequent action(s) are by their choosing. I hope this helps!
-Don

Ray, thanks for the email question. This brings up several rules to apply so I will try to make my answer as concise and helpful as possible. Starting with your specific question about “where you can stand while serving,” we need to only look at all factors involved at one specific moment in time – the instant the ball is hit by the paddle. Anything before or after the ball hitting the paddle is irrelevant (except when using the Drop Serve, because in this case, a server can commit a fault if they use upward or downward force on the release of the ball). So (other than the release) the ONLY thing that matters is: “Where is/are the foot/feet when we hit the ball?”

Let’s start by talking about some court specifics. For visual purposes, let’s assume we are serving from the right-hand court. The painted/taped baseline is part of the court and illustrates the end of the court to us. However, imagine on the actual baseline in front of us, the centerline to our left extends all the way behind us to infinity and the sideline to our right also extends all the way behind us to infinity. We are basically boxed in on our left, front, and right hand sides with the back wide open. First rule: our foot/feet can NEVER be touching the baseline when we serve because it is part of the 44 x 20 court. Second Rule: our foot/feet CAN be ON the imaginary extensions beyond the court on both sides of us, but NOT BEYOND the imaginary extensions when we serve. Now in reality, I would hope a referee would be “gracious” if calling a fault on a player who appears to be “1/2 inch beyond” the centerline extension. For me, since I am dealing with a truly imaginary line, the error would have to be a blatantly obvious action (foot beyond the extension) by the server for me to call this fault.

Also, ONLY ONE FOOT needs be in contact with the ground of the legal serving area (in the above given requirements) when we serve. The “other” foot can be ANYWHERE, even across the imaginary extension, as long as it is in the air during that time. So to summarize this as simply as I can: “at least one foot must be touching the ground (in the proper place) at the instant when we hit the ball to serve it.” If the “other” foot is touching the ground when we serve, it must be in the “proper place” at serve contact as well.

Now, let’s expound on this a bit to also answer the other questions that arise. Here are a couple of scenario questions: 1) Can the server be standing/touching the court when they start their service motion (arm swing)? YES, as long as when the ball is served, the foot/feet are in the proper place. 2) Can a server have one foot in the air above the court when they serve? YES. One foot in the air is completely legal as long as the “other foot” is in the proper place. 3) Can a server touch the court with their foot immediately after serve contact?  YES. The split second AFTER the ball is served, NOTHING MATTERS!  I hope this exhaustive explanation helps (if you are interested in the specific rules, they can be found in 4.A.2 and 4.L.).
-Don