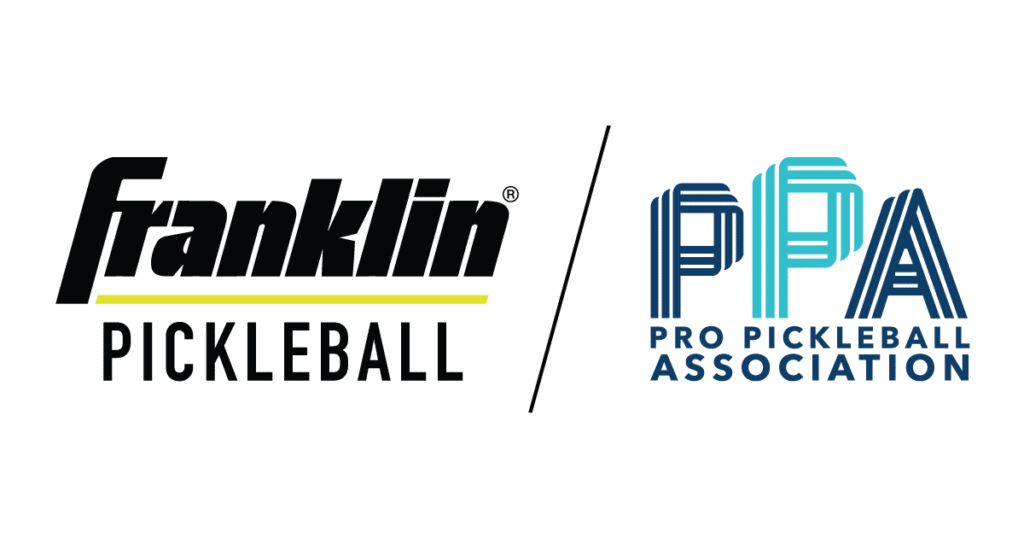 Stoughton, Mass. (April 1, 2021) – Franklin Sports and the Professional Pickleball Association (PPA) announced Thursday a collaborative partnership that will recognize the professional tour’s top players in a new and exciting way.

Anchoring the partnership is the newly launched Franklin Cup, an award that will go to the top players across each PPA division on the men’s and women’s sides. Similar to the points-based ranking systems in other professional sports, such as golf, the Franklin Cup will go to the player in each division who has accumulated the most points in tour events throughout the calendar year. Each champion will hoist the Franklin Cup at the end of the season, and will have their name engraved on the trophy.

Additionally, Franklin Sports now has the naming rights on the PPA’s player ranking system, which highlights the top players across all of the men’s and women’s professional divisions. The Franklin PPA Player Rankings will be updated after every tour event to reflect player performance throughout the season, and the system will be published across all PPA web, social, and broadcast channels.

“The PPA Tour is home to a group of incredibly talented athletes who deserve recognition, so Franklin is proud to be involved in any initiatives that highlight the work that these players put into their craft,” said Adam Franklin, president of Franklin Sports. “We’re very much looking forward to watching the pro players climb the Franklin PPA Player Rankings in pursuit of the Franklin Cup, a first-of-its-kind trophy in the pickleball world. The competitive spirit on tour, along with the general growth of the sport, is really exciting to see, and we’re just happy to be a part of the movement.”

The collaborative partnership with the PPA builds on Franklin Sports’ strong presence within the sport. The Stoughton, Massachusetts-based company started designing its first pickleball product, the flagship X-40 Ball, in 2016. The brand has since partnered with five professional pickleball athletes, including the top-ranked men’s player in the sport, Ben Johns, and has launched an expansive collection of pickleball paddles, nets, balls, and other products.

“Franklin Sports is a big player in the pickleball industry, and we’re confident that our new partnership will bring additional attention and prestige to the PPA Tour as we move through 2021,” said PPA Commissioner Connor Pardoe. “We’re thrilled to do something that celebrates the success of our pro players on a cumulative basis and helps generate more excitement than ever before.”

The battle for the Franklin Cup kicks off this weekend (April 2-5) at the Newport Beach Doubles Shootout in Newport Beach, Calif. More information on the tournament can be found at www.ppatour.com. To learn more about Franklin Sports or to shop the brand’s pickleball collection, please visit www.franklinsports.com.

Founded by Irving Franklin in 1946, Franklin Sports is a Stoughton, Massachusetts-based sporting goods brand that manufactures and sells over 1,500 products across 10 different categories. Franklin is the Official Batting Glove and Official PlayBall Equipment Partner of Major League Baseball (MLB), the Official Street Hockey Partner of the National Hockey League (NHL), and the brand is heavily involved with all of the leagues’ youth participation programs. Franklin also works with hundreds of elite athletes through sports equipment and apparel collaborations. Franklin is a multigenerational, family-owned business run by Adam Franklin, who succeeded his father, Larry, as president in 2019. Franklin’s rich history and trusted reputation as a quality sporting goods brand – from recreational sports all the way up to the professional level – has made it one of the perennial leaders in the industry. Celebrating its 75thyear in business, Franklin continues to honor its tradition of providing athletes of all levels with excellent value across its full product collection, while also supporting various professional league’s growth initiatives and investing in popular emerging sports like pickleball. For more information on Franklin, please visit www.franklinsports.com or follow the brand on Instagram, Facebook, and Twitter at @franklinsports.

About the Professional Pickleball Association

The PPA was founded in 2018 as the premier provider of professional and amateur pickleball tournaments for all ages. In 2021, we will welcome between 15,000–20,000 players to our events and award over 1 million in total payouts to players. We currently host tournaments in the U.S. and Canada and are looking at expanding to the international stage as the sport continues to evolve. The PPA separates itself from the competition through its world-class venues, high-level partnerships, and generous prize money. We maintain a professional experience and atmosphere in everything we do in order to continuously out-perform expectations and place pickleball squarely on the map of bona fide professional sports.